JOY visualises the desire to be scared and the joy of watching people being scared while playing horror games. 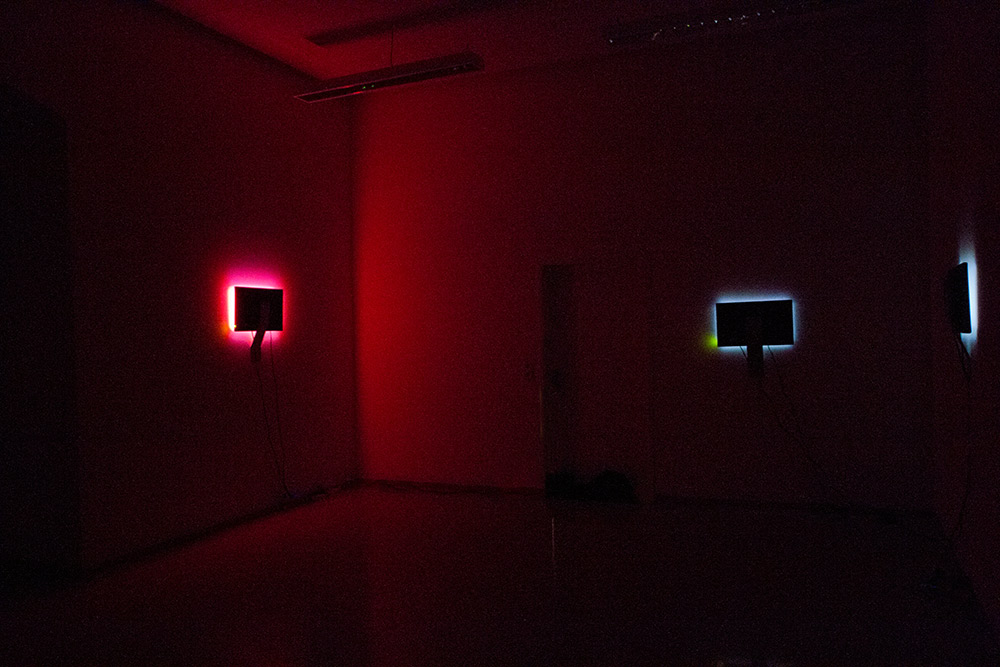 In the video installation JOY five screens are turned away from the spectator, with the screen against the wall. Screams and colored flicker are coming from the edges of the screens into the room. A score of cries is rotating, interfering or is falling out. The yelling was withdrawed from YouTube videos (so called Let´s Play Videos), from people, who entertain themselves with horror.

The work deals with the ambivalence of joy and fear which are both consumed simultaneously. The project visualizes the desire of getting fightend with the aid from horror games and the joy of observing those people who are fightend while playing horror games.

JOY was realized before the founding of the Total Refusal collective, but was adopted into the portfolio as a inspiring work antebellum. 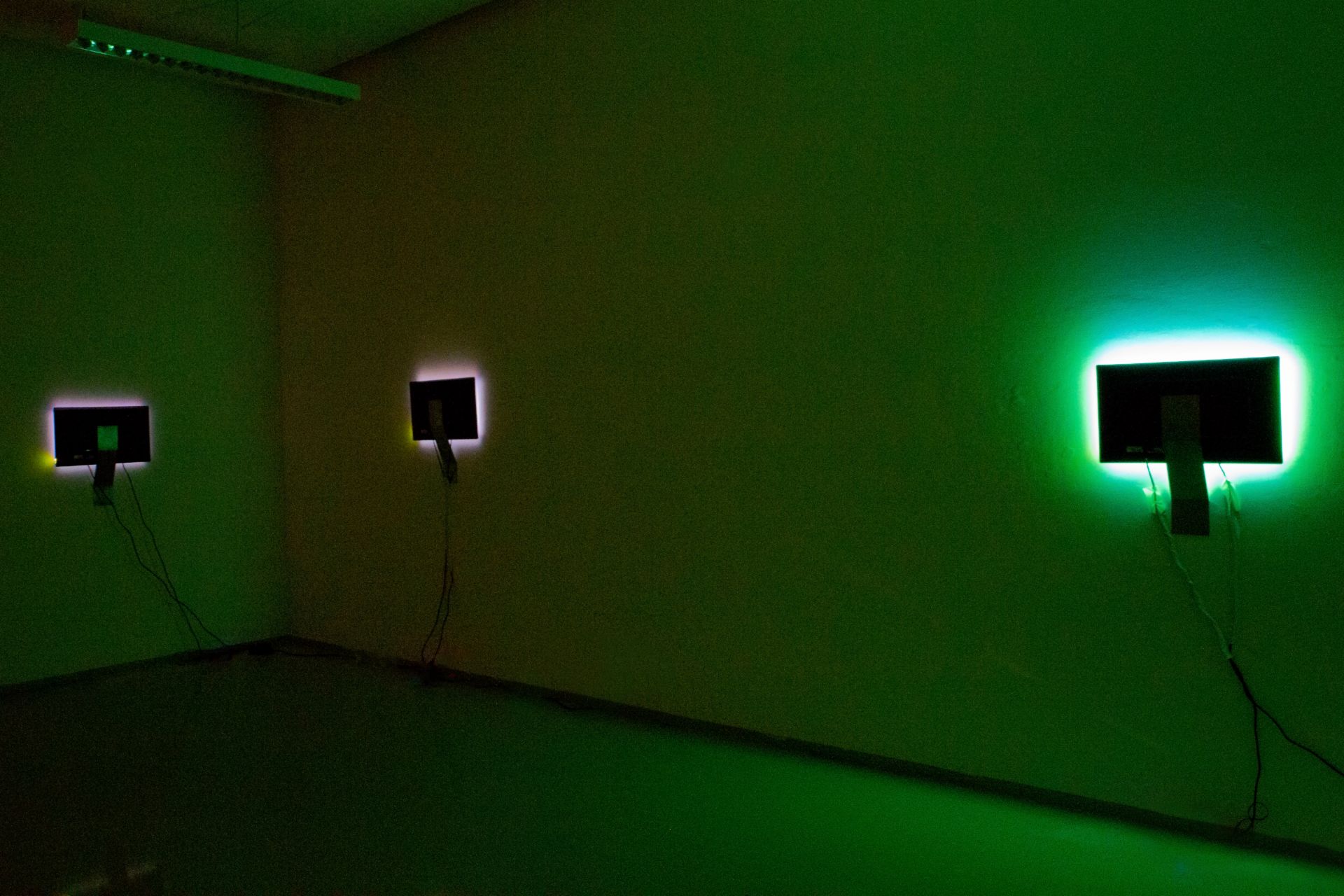 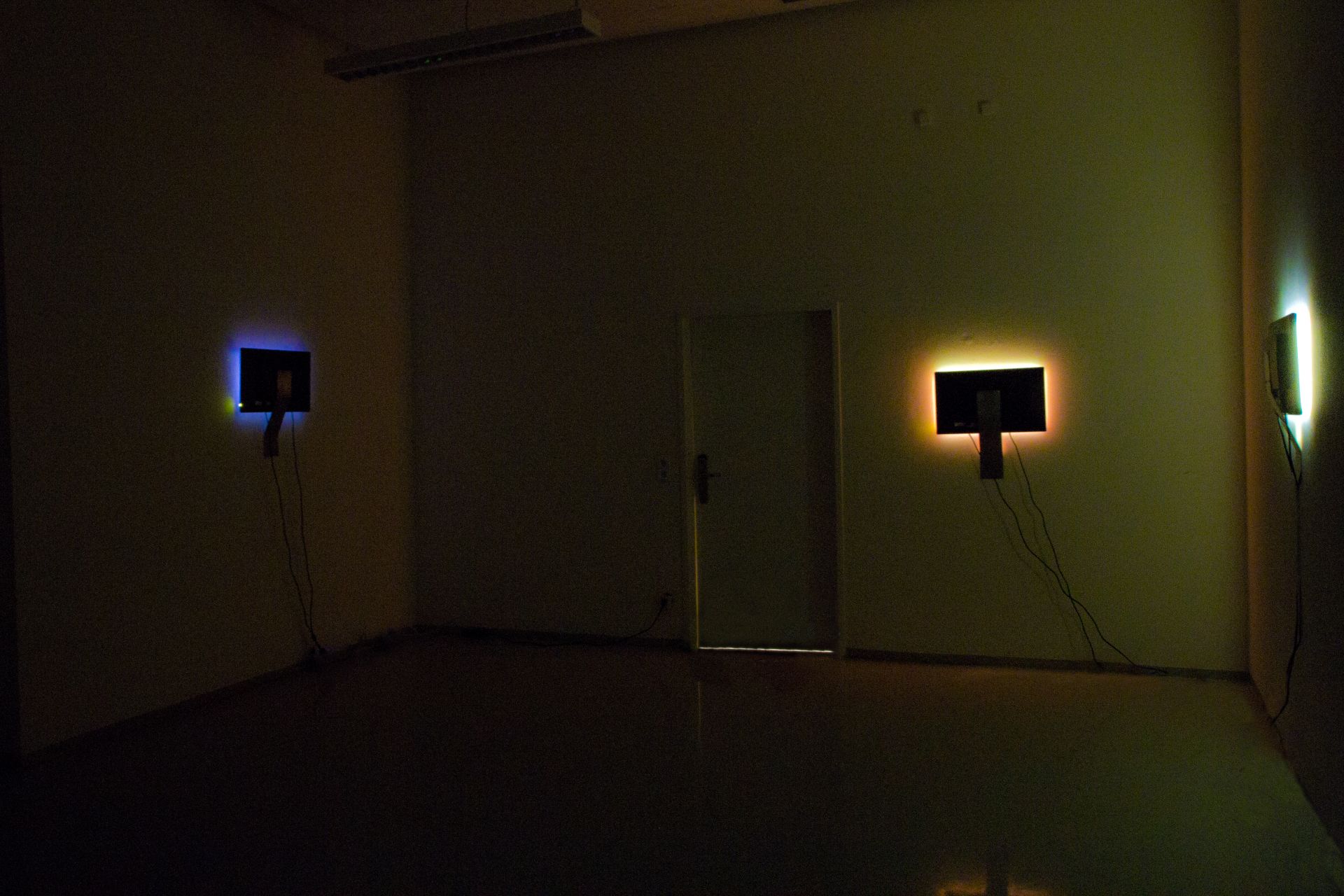